This Popular Actor's Son To Make His Big Debut As Hero! - Deets Here! 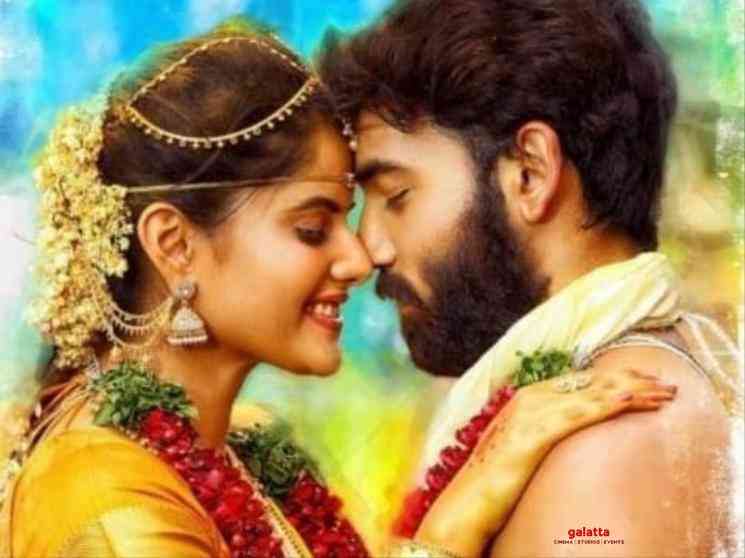 Kannada supreme hero Sashi Kumar son Akshit Sashi Kumar is all set to make his debut as a lead actor in the upcoming multilingual film Seethayanam. Sashi Kumar is known to the Tamil audience from his popular role in Rajinikanth blockbuster film Baasha where he played Superstars brother. Coming back to Seethayanam, the gorgeous Anahita Bhooshan plays the female lead in the movie. The film is made in three major languages Tamil, Kannada and Telugu. The film has a huge supporting cast that features Vikram Sharma, Madhunandan, Vidhya Lekha Raman, Ajay Ghosh, Bithiri Satti, Krishna Bhagavan, Jabardasth Apparao, Madhu Mani, Baby Triaksha, Meghana Gowda and Sharmitha Gowda. Lalitha Raja Laxmi is producing this film under the banner of Color Clouds Entertainments and presented by Rohan Bharadwaj. Prudhvi Polavarapu is executing the film in Tamil. Famous Kannada music director Upendra Kumars nephew Padmanabha Bharadwaj has composed the songs and he has composed 5 melodious songs for the film. The songs are penned by Palani Bharathi. Songs were sung by famous singer Swetha Mohan in Kannada and Telugu. Pallavi has sung in Tamil. The film has cinematography by Durga Prasad Kolli and editing by Prawin Pudi. Real Sathish is the action choreography and Aneesh is the dance choreographer. The producer of Seethayanam, Lalitha Raja Laxmi opened up about the film and shared, I never compromise on the quality of the film. Whatever story requires I have always given to the crew. The film was shooted in 63 days in various places like Bangkok, Mangalore, Hyderabad, Vizag. Teaser, trailers, lyrical videos will be released soon. In a few days, its going for censor formalities. After that, we are planning to release the film at the same time in all three languages. The director has crafted this subject in a suspense and entertainment way. He was very confident about the storyline and its most contemporary subject with emotions and values. The film is currently in the final mixing stage and DTS mixing works are happening at Prasad labs at a high pace..
This Popular Actor's Son To Make His Big Debut As Hero! - Deets Here!. This article is published at 28 August 2020 06:53 from Galatta Latest Kannada Movie News, click on the read full article link below to see further details.